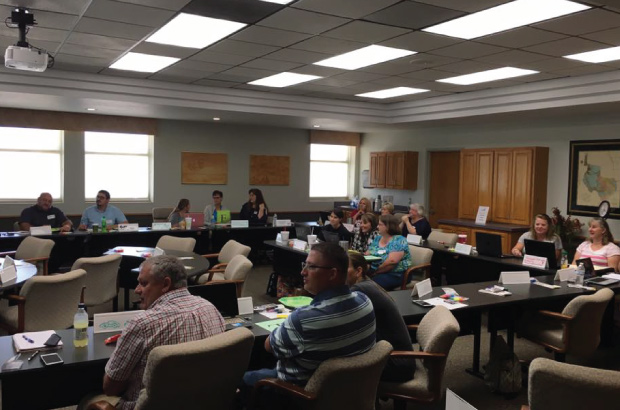 Tales of Oklahoma is a educational project brought to you by the Sonic Corporation, the Oklahoma Council on Economic Education and the UCO Center for Economic Education. This project is comprised of a series of lessons designed to help students gain a better understanding of the roles economics and entrepreneurship have played in shaping Oklahoma’s unique history. Entrepreneurs, like Troy Smith, have been important economic forces and their legacies continue to impact our economy. These lessons were developed by educators for educators, and are available free of charge to all Oklahoma teachers. All lessons meet select state standards. To download these lessons in PDF format, click on the lesson title.

Uprising in Pickens County;  Economic Development in a New Land – Intruders and the Chickasaw Nation work together to create a stable economic system in early Oklahoma

The Oklahoma Debate over Economic Systems – Socialism versus Capitalism, and the Influence of the Populist Movement in Oklahoma

From Guthrie to Oklahoma City: Capitol and Capital Moves – Students will research and analyze the economic motivations for relocating the capitol.

The Great Oklahoma Gold Rush of 1895 – Gold seekers, Native Americans, and the US Calvary at Fort Sill interact in the search for gold in the 1895 Gold Rush.

Enterprising Oklahoma Teachers: Subscription Schools – Students read and discuss a first-hand account of how an entrepreneurial teacher began her own schools to satisfy the need for education in early Oklahoma.

Mapping Oklahoma’s Economic Development – Students will research innovations and technological achievements
made in Oklahoma over the course of its history, and create a cartouche map of Oklahoma’s economic development.

What Shall We Take to the Land Run? – Students decide what resources, natural, human, and capital resources they will need to make the land run, then use play dough to model their choices

Oklahoma City’s Hooverville: The Effects of the Great Depression in the Sooner State – A power point slide presentation of families living along the Canadian River in the 1930’s.

Why Don’t Cowboys Ever Ride into the Sunset? – Choice, benefits, costs, and incentives. Students listen to a
Gene Autry tune, read and discuss a primary source description about cowboy life.

Oklahoma Immigration: New and Old – Russian/Germans in the 19th century, and Vietnamese in the 20thcentury use cost/benefit analysis to make decisions about immigration to Oklahoma.